Do you know about these 8 Career Options in Music Production?

If you are looking forward to carving your own niche in music production, you must educate yourself about the career choices you have. Besides your musical skills, it’s your ability to research future opportunities in this industry, which will define your professional success. Today, in the course of the post, we will unravel 8 career opportunities that you must explore in music production – depending on your education and experience. Do take a look:

This remains one of the most highly coveted profiles in the industry and holds great possibilities for the future. An audio technician is alternately known by many names including vocal engineer, audio engineer, and master engineer among others. The primary responsibility of an audio technician is to work closely with artists and producers to create the desired sound. Technical nuances of recording, editing and mixing of different sounds etc are important aspects of their job. Getting yourself enrolled in one of the most reputed music academies in Mumbai can help you grasp the nuances faster.

As a music producer, you are supposed to have fair knowledge of marketing and selling/distributing your music besides producing it. A music label executive often works as a manager for artists who rely on them to find work in the industry. This one makes for a booming career choice – especially if you are considering the popularity enjoyed by apps today. Software companies do rely on sounds to bolster user-friendliness of their apps. Sometimes visual feedback is just not enough for handheld devices. These companies, are therefore, willing to pay handsomely to the sound engineers through simple sounds that help users of fitness and money management apps to identify their daily goals. 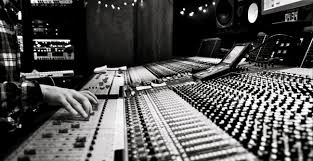 Alternately known as the track producer or music producer, the title record producer is responsible for overseeing the entire recording process—irrespective of whether it’s for a particular song or an entire album.

A music producer entrepreneur is someone who explores opportunities that will help him/her to utilize his/her skills in some way or the other. An entrepreneur’s job in this regard can be anything ranging from making music for an app or for that matter starting his/her own label (or music company).

The very basic responsibility of a studio manager is to oversee the regular operations of a music company in the recording studio. A recording studio manager can be anyone including an employee hired specifically to carry out these responsibilities or a co-owner of a music company. If you want to master the nuances of music production to excel in this job, do make sure that you are resorting to the best music production course in India.

A radio broadcast engineer has several responsibilities to fulfill. He/she is in charge of operating, maintaining and even fixing broken sound equipment in radio stations. If you are working for radio stations that have multiple shifts, then you need to be on your toes.

A music consultant dons many hats including that of music making, performing and writing. Consultants are called on board for advice or guidance.